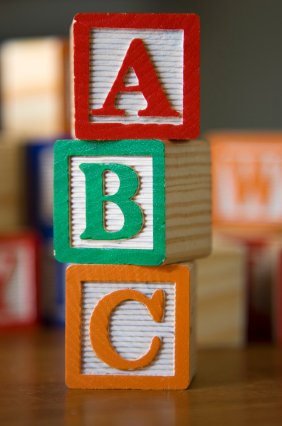 Just before Christmas we decided that we would put Jacob in a preschool program two days a week to help him have more socialization with peers his age and to also help him have a smooth transition to kindergarten in the fall.  I was hesitant to put him in the program because it was a significant amount of money per term and Jacob had never been watched by anyone other than his grandmothers before.  Mike and I decided to sit down one night and weigh the pros and the cons of registering him in the program and when push came to shove the pros far out weighed the cons, we had our interview with Jacob and the school, got welcomed into the school, and dished out the money for the hefty fees.

Jacob because instantly excited about the idea of going to “school” and much as we had expected he took off away from us shouting goodbye on his first day – not one ounce of separation anxiety, not even a tiny look back .  I am constantly amazed by Jacob’s ability to adapt to change and new surroundings….he is an outgoing child (unlike both Mike and I) and I suspect he will not have one ounce of difficulty going to school 5 days a week starting in September.  We have definitely enjoyed some of the benefits of Jacob attending preschool like getting to have one on one time two days a week with Violet, and having fabulous art projects to hang all over our house – enjoyed it so much that we did decide to go ahead and sign him up for the second term, which was a bit more expensive but worth every penny in our opinion.

The one thing that has been difficult for us in regards to the whole preschool thing is the sickness after illness after sickness!  I had already  heard how often kids can get sick when in a school setting but gosh I’ve been so freaking frustrated by the sicknesses!  I’m really hoping all of the struggles we’ve had (ear infections, colds, asthma problems) are setting Jacob up to have an easy healthy immune system booted transition to kindergarten!  I really am crossing everything that is crossable on that one because geeze the kid deserves a break right?

One thought on “I Forgot To Mention Preschool”